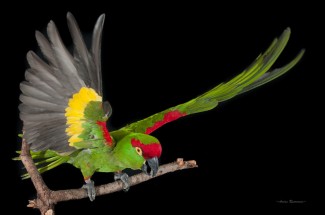 COCHISE COUNTY – An area resident should find out next month whether or not he will be able to obtain a wildlife holding permit in  Arizona.

According to the National Audubon Society, the Thick-billed Parrot sometimes called the “Arizona Parrot” or the “American Parrot” by enthusiasts who wish to see the parrot restored to the United States, was native to Arizona until the early 20th century, he said.

Now only found in Mexico, the parrots are gone from Arizona, Biro said.