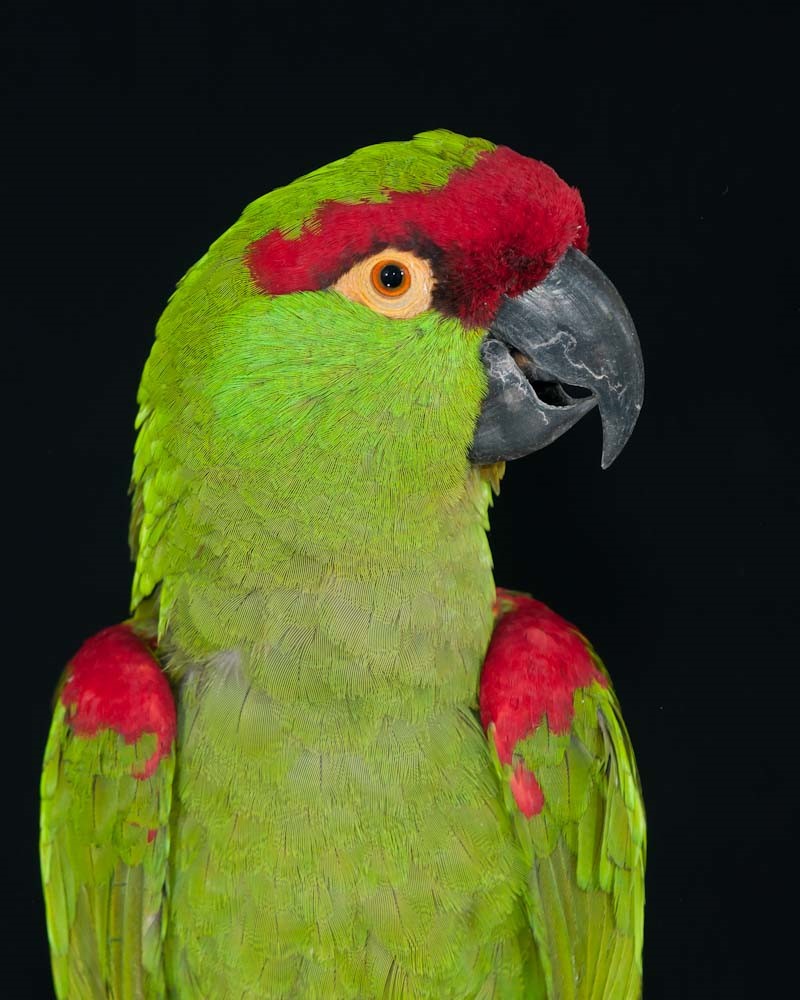 BRI continues to work to set up a Thick-billed parrot research project in Arizona.

We have shifted our focus to doing projects with species in other countries where we have been able to obtain government permits. It is our hope that USFWS will be more interested in allowing our project with Thick-billed parrots in the USA once we have successfully completed projects in Brazil and/or Honduras.

We continue to seek additional breeding partners for this project.

The intermediate goal is to conduct reintroduction research within the US with Thick-billed parrots.

Our long-term goal is to establish a flock of Thick-billed parrots along the Mogollon Rim between Payson, Arizona and Albuquerque, New Mexico, where they once lived previously.